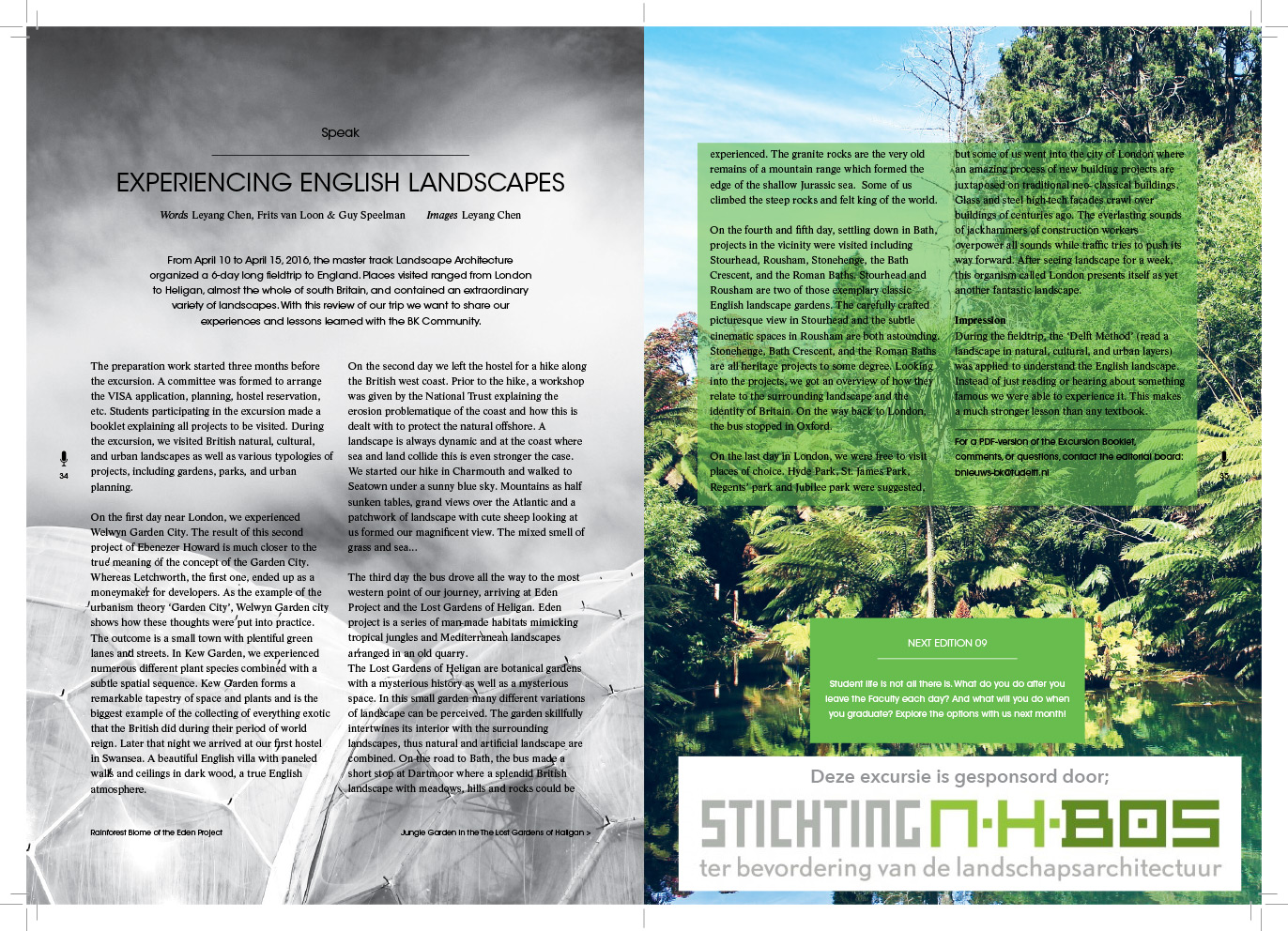 The new masters students of Landscape Architecture embarked upon the first of, what will soon be, many adventures studying the diverse dutch landscape. The first excursion took the students south from Delft and into the beautiful landscape of Limburg.

Limburg offered an entirely different view of the dutch landscape, rolling hills and vineyards were the main characteristic. Created by the terraced plateaus formed by the river Meuse; this was a Netherlands very different from the flat polders of south holland and one which most of the students had not seen before.

But this was also an area in which the students could see mans forceful affect on our environment; that being in the old limestone quarries of Limburg. Now, that the quarry sites are closed, nature has taken over and this unique space was a peaceful setting of plants and wildlife. But most interestingly for the students to see were the bounding steep walls of rock which show the geomorphology of the space; layers of strata freezing the landscapes’ formation through time. 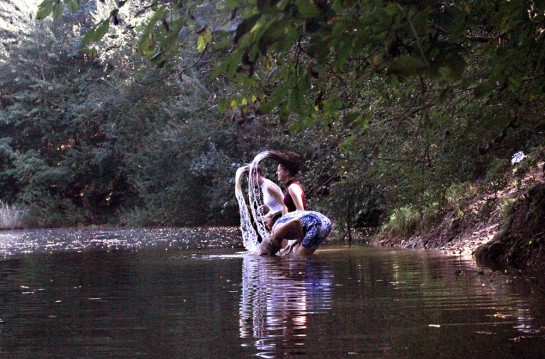 Of course, the only way to really understand the landscape is to delve into and experience it; thus ensued two jam-packed days of exploring from the apex of the plateau to the lows of the quarry, through the small villages, chateaus, vineyards and even a quick wave to Belgium. From tumbling down the steep quarry sides to wet hair flips in the lakes; the only way to learn the landscape is to be in it!

From all over the world master students come to the TU in Delft to study. Of the 24 students of the master track urban landscape architecture there are 15 students from abroad, mostly Asian, but also a few other nationalities. They come from cities like Bangkok and have to settle in a small town like Delft. “Where is everybody?”, they wonder; “Where is all the traffic and why do the shops close so early?”  Then in the second week they have to get up real early, to fetch the bus. The bus leaves at six o’clock in the morning, and takes them all the way, to the north of Groningen. There in the middle of nowhere they have to walk down the sea dike to the waterfront and see how the land is won, see how the Netherlands is made of clay, and sand. See how barely visible height differences have significant consequences of the way this land is occupied, and how the blue skies cover these green fields. And when I look at the students, I see them wonder: ‘Urban landscape architecture he?’

In total we went on three trips. The second one took us to the rivers, the Rijn, Maas and Waal. Seeing how the power of the ice ages formed the basis of todays landscape, and how the rivers molded that landscape further. Discovering on this trip that there is a logical place for settlements, always between the high dry grounds and the low wetlands, so man can have the best of both worlds. In the river landscape this means that the first and main settlements are on the levees along the rivers. Here man grew crops and planted the orchards. The lower backlands were for cattle. 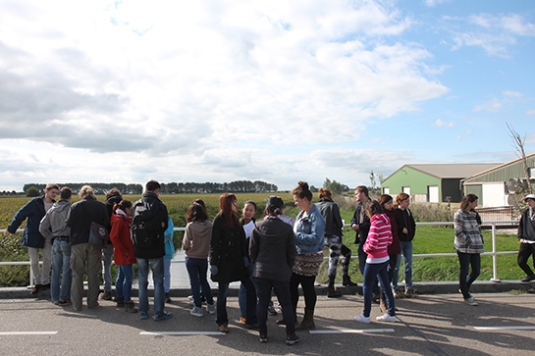 Through time, the logic of this structure is diminished, because of new technics making it possible to settle also in the backlands for example.  Also more to the west, the rivers become more and more urban. The third trip took us to the region of The Hague and Rotterdam. Starting of at the coast, looking at the Sandmotor, understanding that natural processes can and should be used to develop the Netherlands. Rather then ignoring them and trying to solve everything just with technical solutions. Also understanding that urban developments are less and less connected to the natural basis. But that urban developments have their own logic an their own set of rules.